Click here to hear Martha's conversation with Donna Seymour. Conversations with the Candidates are a production of North Country Matters, a nonpartisan civic collaboration of the League of Women Voters and the Potsdam Public Library. 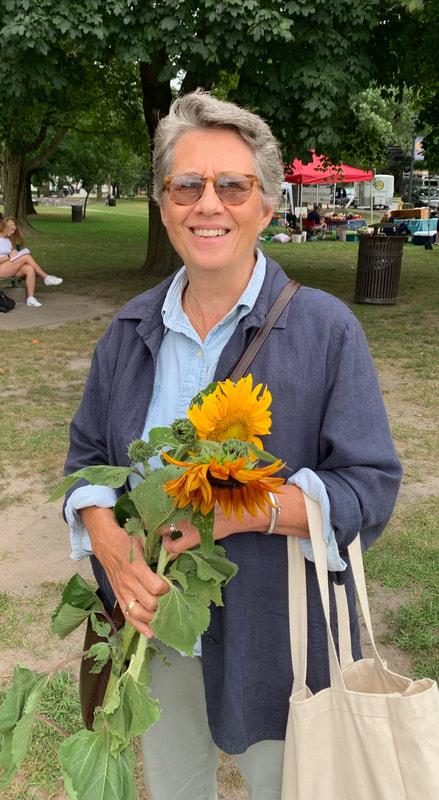 Martha Foley Smith settled in Canton after graduating from St. Lawrence University in 1974. She started her long career in journalism at The St. Lawrence Plaindealer. One of her first assignments at The Plaindealer was to cover the Canton Town Council. “That was a great introduction to the importance of local politics, how local people paying attention to the concerns of their neighbors and working on their behalf can make a real difference,” Foley Smith says.

Foley Smith joined public radio station WSLU/NCPR in 1981, helping to found the station’s news operation, and rising to news director in 1990. She says, “We saw putting Canton and the North Country ‘on the map’ as an important part of our job at NCPR.”  Under her leadership, NCPR produced deep reporting on farming, the changing economy, work, education, population loss, homelessness, criminal justice, land use and conservation, immigration and the border, and more – all through the lens of rural life.

“I was privileged to report on important local issues, as well as the people, life and culture of this area for over 40 years,” Foley Smith says.  “During my long career I’ve seen that change here is often driven by outsiders – experts, policy-makers, ‘the government’ – people with good intentions but poor understanding of the local situation. My time on the Town Board has driven that home. Rural communities in upstate New York face special challenges. What I learned over the years gives me a strong background to take on Town Council responsibilities. We’ve got to have an active Board that’s looking ahead, working together.”

“I was an outsider to town governance,” she says. “Now I’ve come to understand more about the dedication and hard work we require of our elected officials. In the last four years, the Town has made huge strides financially and in transparency, accountability, and planning, and kept taxes among the lowest in the county. New initiatives in economic development and recreation are moving forward, Foley Smith says. “As we know from the 2020 Census, people have noticed: Canton is growing. It’s going to take a board that is committed to spending the time and energy it takes to keep the momentum; I hope to be part of this great team.”

Foley Smith was appointed to the Town Board in January. She is a member of the joint (Town and Village) committees on economic development, communications and technology, and recreation. “Work, connection to each other and the world, and play: those are all crucial to a good quality of life in a healthy and resilient community,” Foley Smith said.

Foley Smith was born in rural northern Saratoga County and is a 1970 graduate of South Glens Falls Central School. She lives in the Town of Canton with her husband, boat builder Everett Smith. The family works in the renewable energy field as well. Everett and Martha are co-owners of Azure Mt. Power, a small hydroelectric power plant in St. Regis Falls. Their son, Emmett, is the founder of Northern Power & Light, a company which connects local renewable energy directly to area customers through community distribution.
​
Foley Smith is a past member of Canton Rotary Club, and served six years on the governing board of Public Radio News Directors, Inc. (PRNDI). The professional organization helped build the network of news departments of public radio stations across the country. She was instrumental in writing PRNDI’s first ethics code, and was a founder of Newsworks, a training program for managers, reporters and editors. She was awarded the group’s highest honor, the Leo C. Lee award, in 2019.